by Natalie Wilson
in Strings
1 0
0

When playing an electric, if you want to make your sound more aggressive, you simply dial up your gain or crank up your tone knob. In the case of an electric guitar, you can still get some serious twang even with a wimpy set of strings by just playing with effects.

Because you lack the advantage of electronics, smart string choice is far more important on a classical guitar. While it’s true that tone is in the hands of the player to some degree, you can certainly shift the tonal profile of your guitar to suit your taste and make it so that your hands have to work less hard to get the kinds of sounds you want. 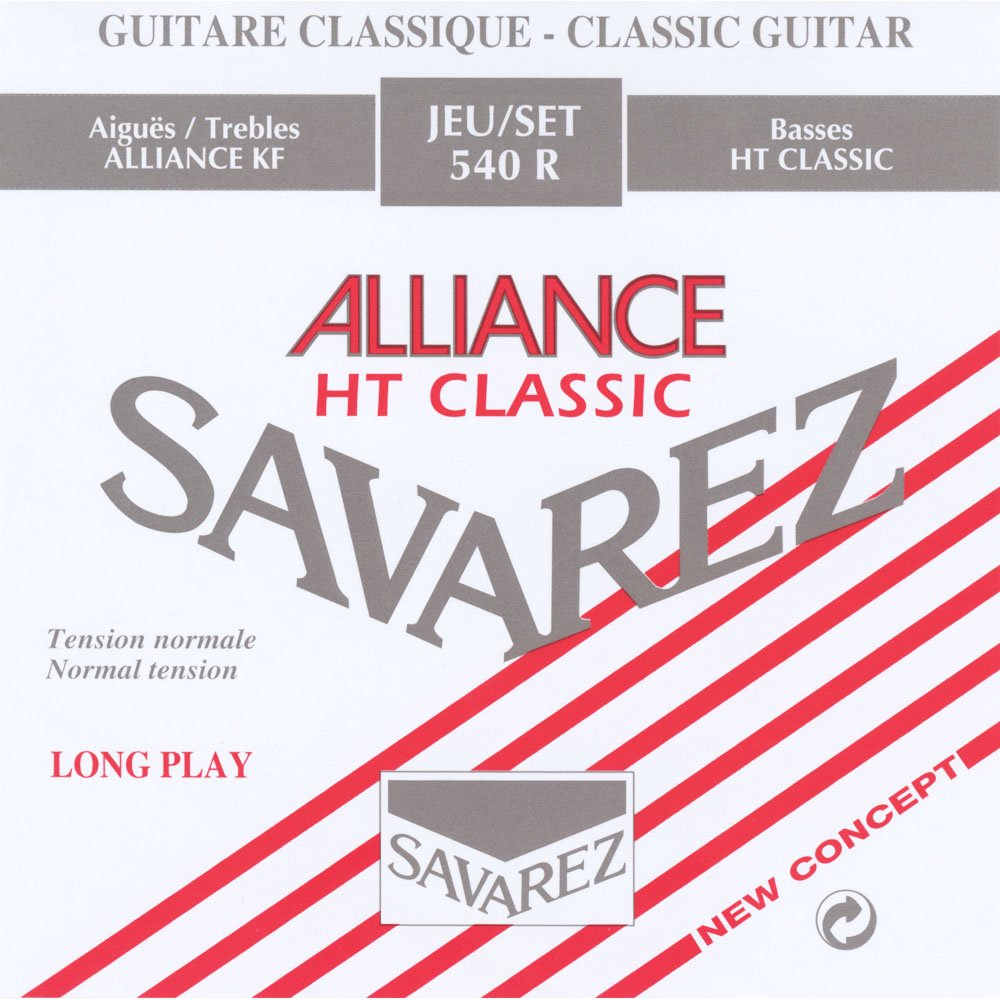 Being classical guitar strings, the upper and lower sets of three strings are constructed using entirely different methods. The upper strings are plain, monofilament strings, very similar to what one would find in just about every other type of strings. In contrast, the bottom three strings consist of a filament wound in with a wrap string in a “traditional manner”, according to Savarez’s online description. This combination of constructions styles actually gives Savarez a rather well balanced final product; the bass strings provide a very solid foundation on which the punchier higher strings sit which makes for nice tonal interplay and dynamics.

By far the most popular reasoning behind the purchase of Savarez 540R’s is the superior sound quality these strings offer. As always, it’s hard to put words to the characteristics of sound, but the 540R’s are often described as brighter and more present than similar strings. In fact, a brief search online will reveal dozens of players that switched to these strings solely for the purpose of livening up an otherwise dark or dull instrument. Keep in mind that if your instrument is already rather bright in tone, these strings will further accentuate that brightness, perhaps beyond a point of satisfaction. 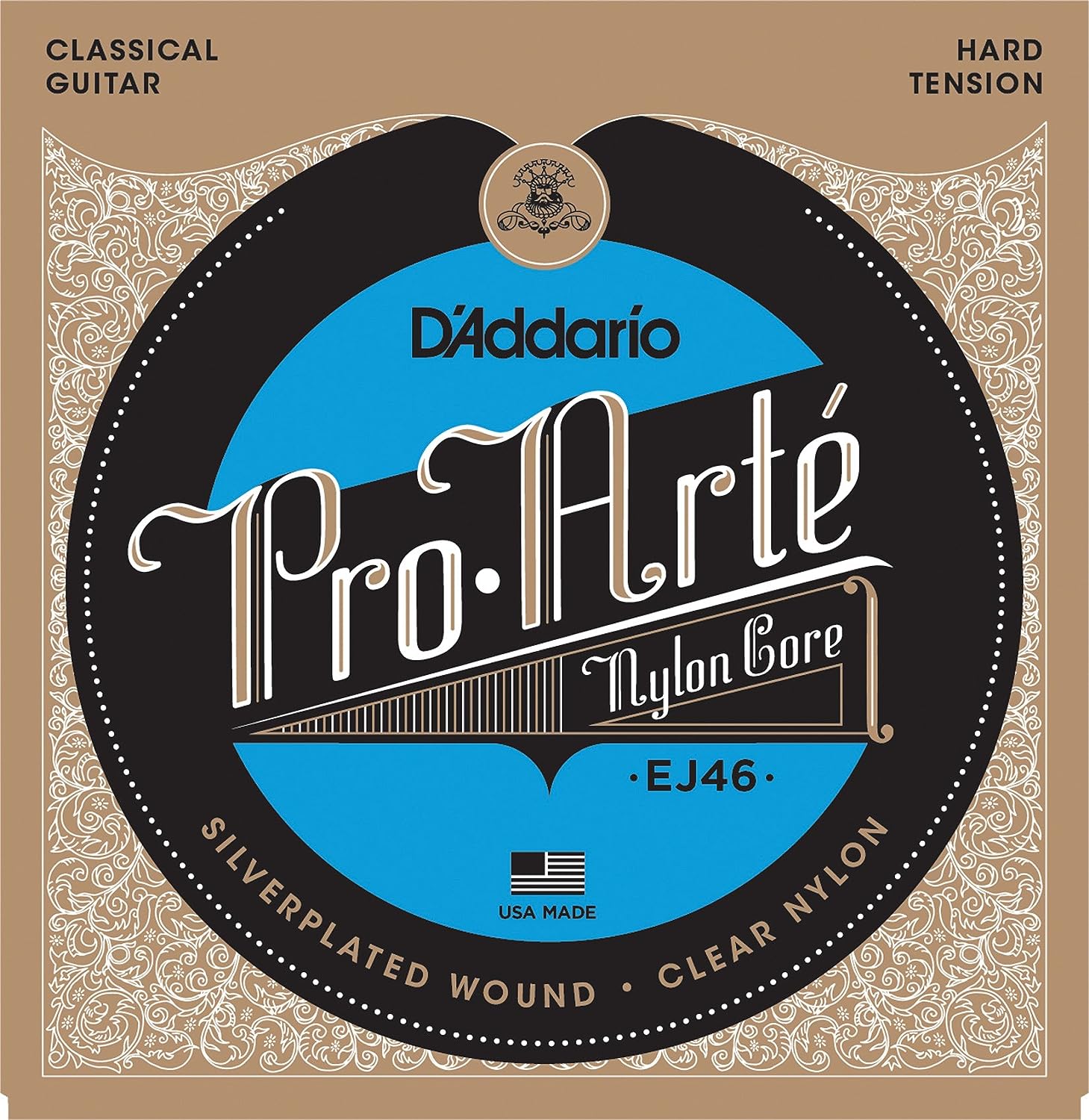 Like all classical guitar strings, the primary component of the D’Addario EJ46’s is nylon. This nylon is either stretched over the neck of the guitar as a single filament in the case of the upper strings or wrapped around a bronze core for the lower strings. This allows the manufacturer to control the balance of the strings; by all accounts, the D’Addario EJ46’s have a fairly decent balance that may slightly favor the top end.

One of the EJ46’s strongest points of contention is their durability. Compared to almost every other type of classical string, the EJ46 has an incredible level of durability, often lasting the player for months. While playing on the same strings for months definitely won’t lead to the best sound possible, it is reassuring to know that should access to these strings be severed, the player still has a number of weeks of playability ahead of them. 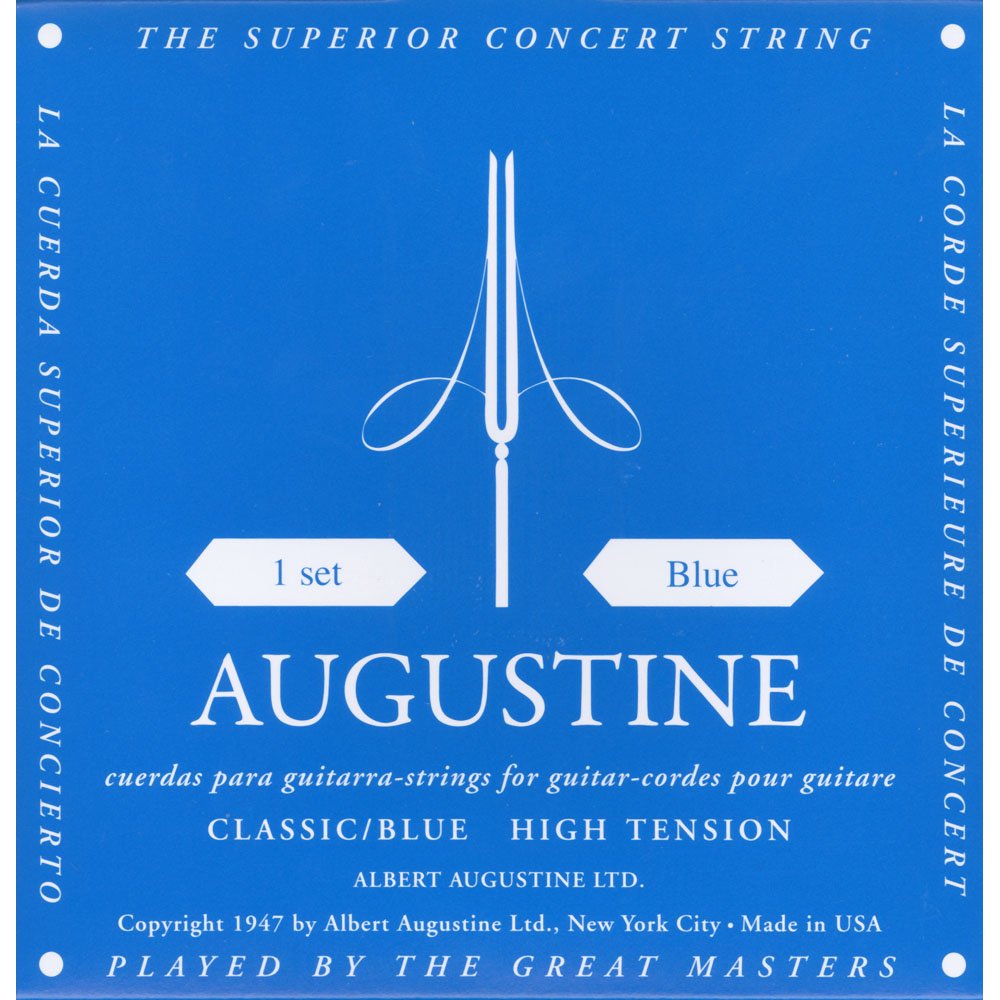 The Augustine Classical Guitar Strings, which are commonly called “Blues” due to their packaging, are considered some of the finest sounding nylon strings in the business. While the lows on these strings are as full and robust as anyone could ask for, the real highlights of the Augustine Blue’s are the high notes. Besides their incredible balance, the treble strings are notable for their clear, crisp tone. Seeing as these strings are typically used in classical guitar, the superior tone of the upper strings really allows for melodies to punch through the mix.

While almost no players complain about the sound of the Albert Augustine Blues, some players do have an issue with their feel. Compared to many similar strings, the Blues are rather stiff; this contributes to their balanced sound, but may not necessarily be suited for all genres. However, if you regularly employ hammer-ons and other fast-fingered techniques, the Blues will be right up your alley. Otherwise, you might want to check out the Albert Augustine Reds, which are very similar strings but have a softer, warmer feel to them. 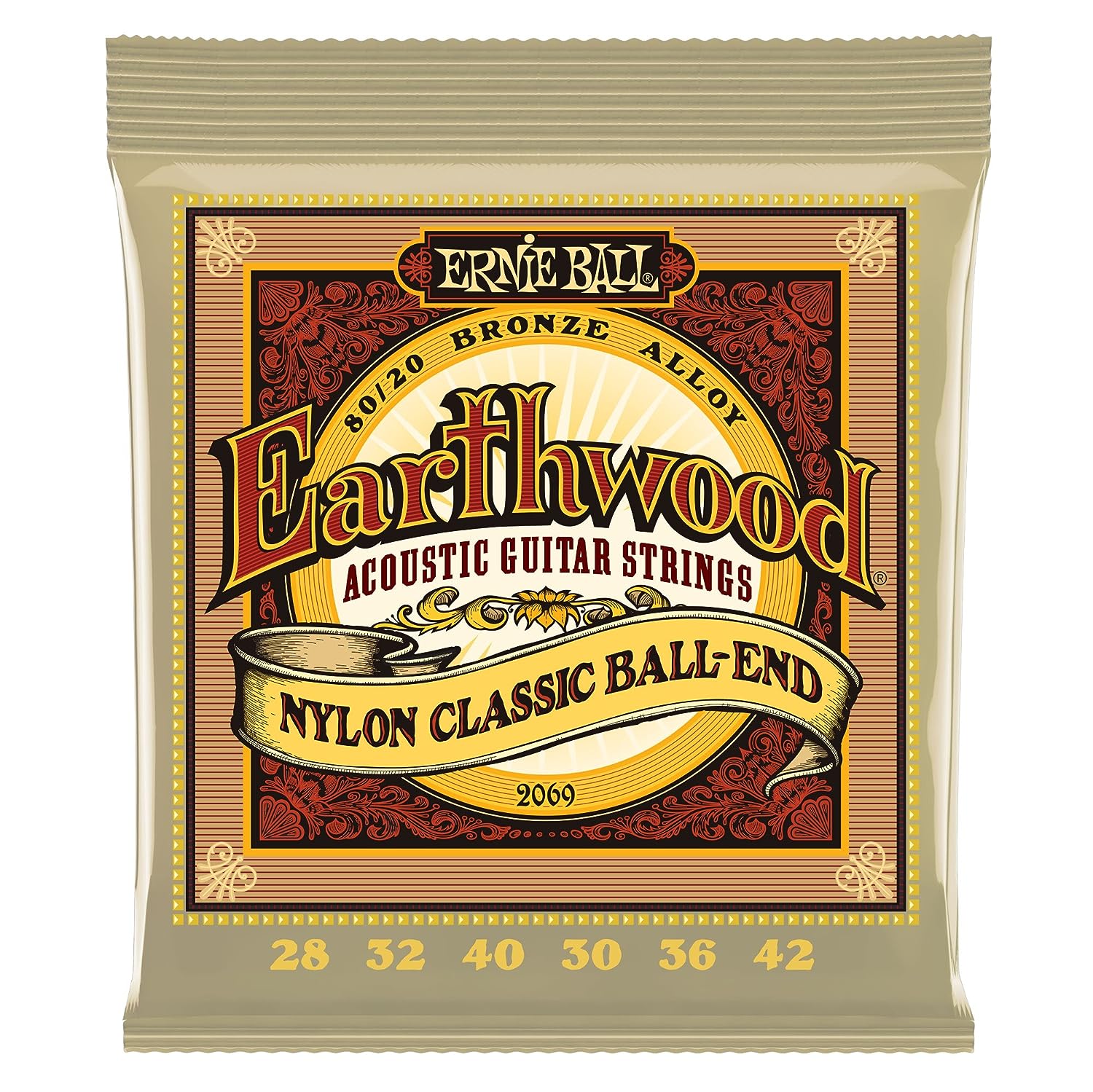 This sort of strings belongs to the basic guitars. The measurements of this Ernie ball groundwood folk nylon are 4.5 by 0.1 by 4.5 inches and weigh roughly 3.2 ounces.

The series is made of nylon material that’s famous for its excellent reputation and functionality.

1 unique aspect of the strings is their small diversity. First, third and second strings are apparent, ball finish as for the fourth, fifth and sixth that are golden ball finish and are made of 80/20 bronze metal wrapped around a nylon shave centre. 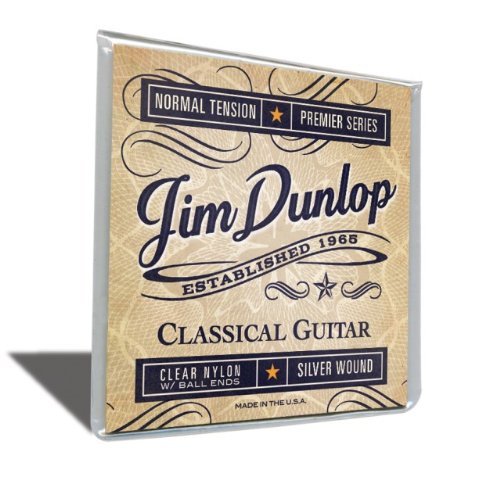 Designed to accomplish the tonal equilibrium, these strings are well known from the classical guitarist world. The bass strings possess a high-grade silver-plated aluminium wrap rising that manner playability and focused low end.

On the flip side, treble strings are manufactured from DuPont Timex, providing consistency, simple tuning, and a warm tone. These strings are well known for their durability because of three degrees of moisture defence. As we mentioned as something to think about, the judge goes from .028 into .043. 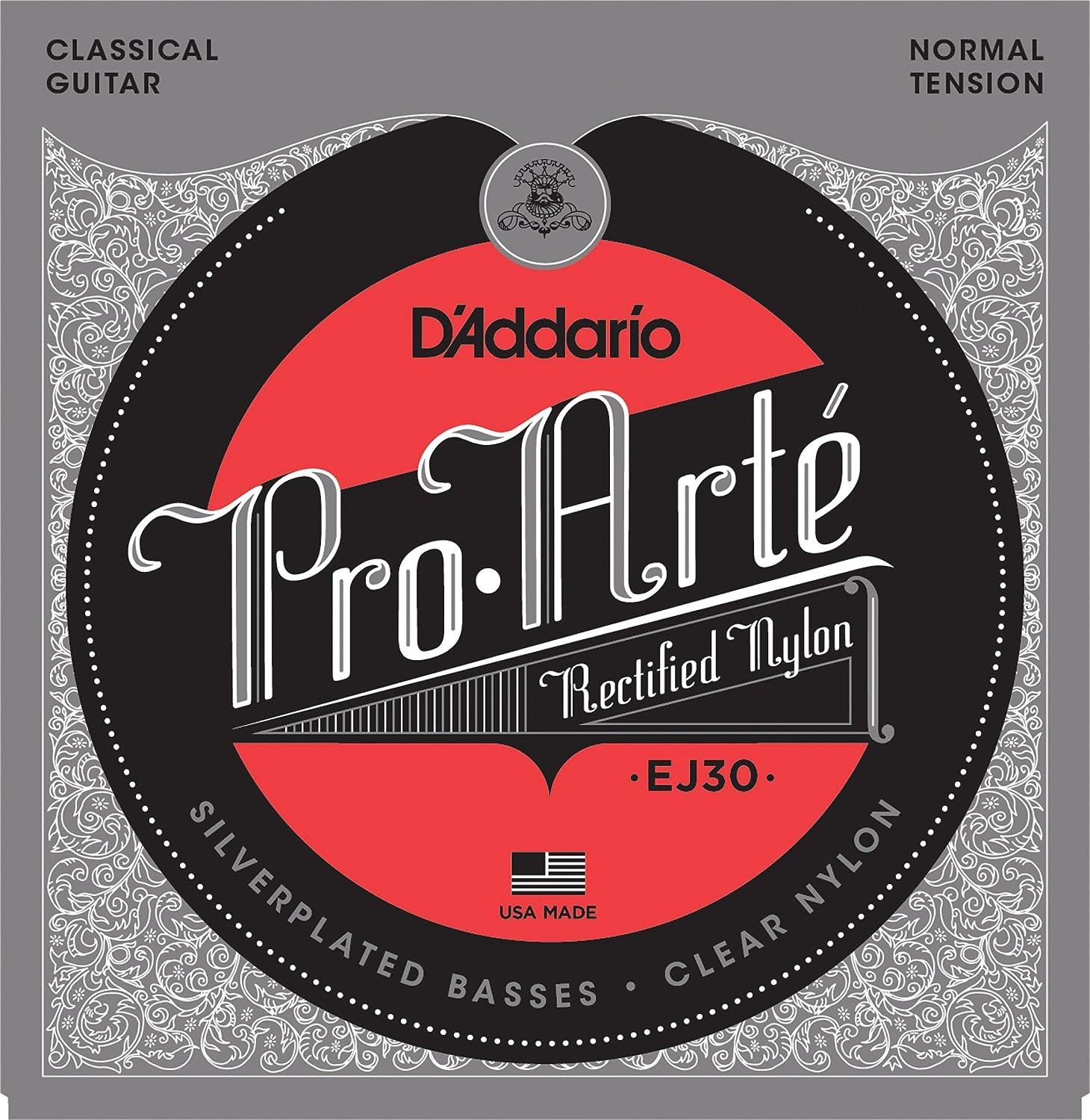 This strings comprise silver-wrapped by nylon. The principal focus of this D’addario Ẹ30 classical solid guitar series is to offer an extremely accurate intonation. The precision is attained courtesy of the exceptionally calibrated nylon that is clear.

The identifying mark of this D’Addario EJ30 is it’s own warmer, mellower tone and somewhat textured feel. I adore the concept of the manufacturers of the product deciding to concentrate on the truth of intonation.

The cause of that is because after the intonation is true everything else will only follow suit in an ideal way. Seeing many birds with one stone I’d say.

The D’addario EJ30 steps about 4.7 by 4.6 by 0.5 inches and weighs approximately 0.8 ounces. This sort of series is a marvel as it is just straightforward and yet so doing. 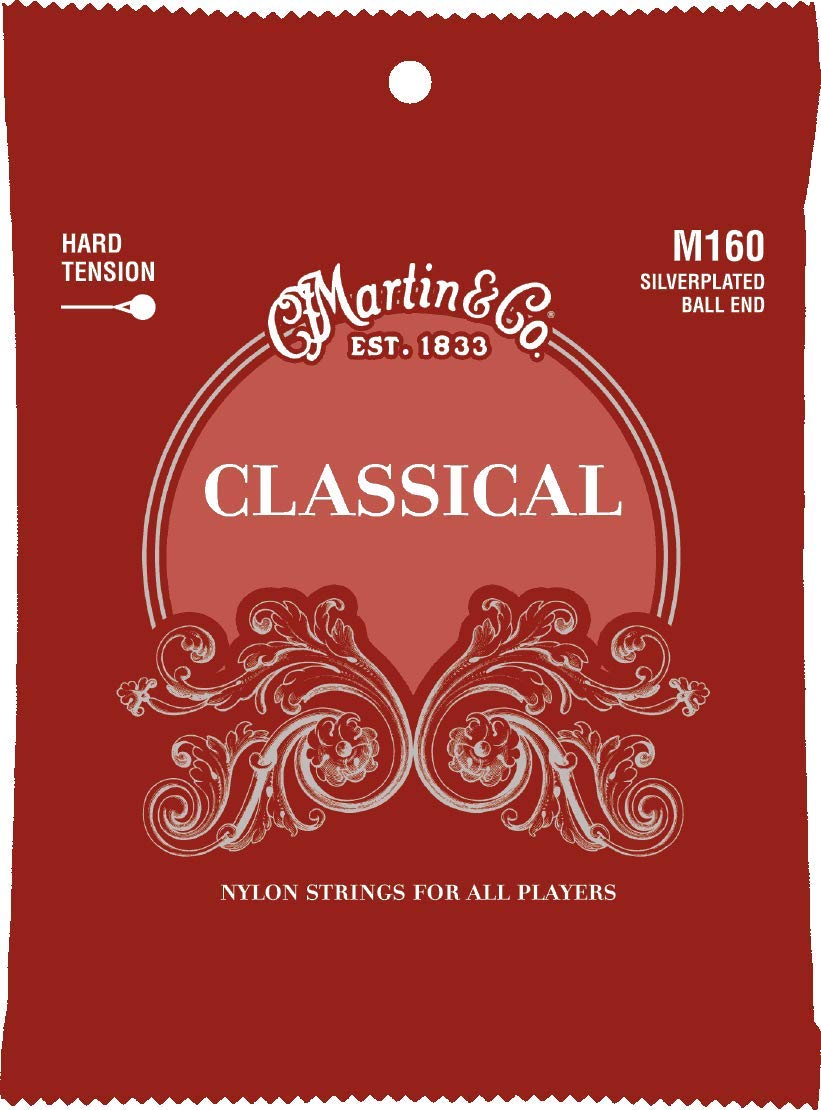 These exceptionally affordable light pressure strings are an ideal solution for novices and students. With hints out of .028 into .043 and mild tension, you’ll have the ability to readily create a tone with no serious work.

Anyhow, they’re silverplated for greater corrosion resistance along with also a clearer tone.