Investing in a hobby that you want to get serious about involves time and money. And in the case of pursuing a hobby that has something to do with music, investing in expensive instruments is a must for some hobbyists and you’ll also need to do research to find a guitar that matches your playing style, the tone you want to achieve and ease of play.

The rise of Digital Pianos for Classical Pianists

While the guitar and ukulele bear almost the same physical attributes as they both belong to the family of stringed instruments, these two types of guitars are completely different on their own.

The most obvious difference is that guitars are larger than ukuleles. While a standard guitar has six strings, a ukulele only has four. The main component of both types of guitars is the fretboard.

Ukulele fretboards are thinner and shorter than a guitar, making it easier for people with smaller hands to play. Meanwhile, people with small hands should learn how to stretch their fingers when playing with a regular guitar.​ 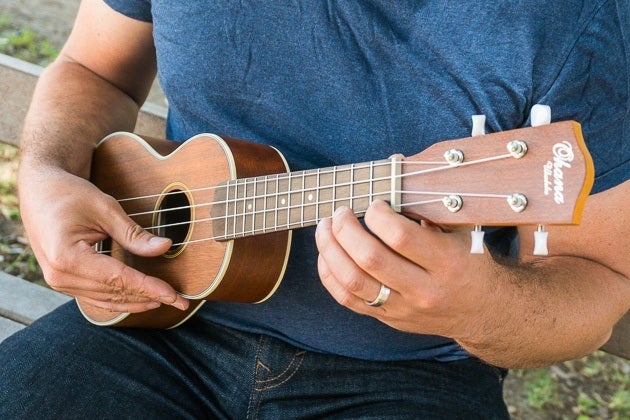 When it comes to playing the guitar, fingers are used by plucking at the strings to produce the sound of the instrument. Speaking of strings, guitars have six or more while ukuleles only have four strings.

There are also variants with the type of strings used. Guitars can use steel or nylon strings that have various thickness and arranged according to thinnest to thickest, while ukuleles sound better with only nylon strings.

Apart from this, guitars also can be classified as acoustic or electric, the latter being used since the 1930s.​

The biggest difference when it comes to guitars and ukuleles is the sound these instruments produce.

Acoustic guitars produce sounds when strings are plucked and the vibration is enhanced by the guitar’s hollow body, while an electric guitar will only sound good if an amplifier is used.​

In the case of the ukulele, there are several guitar types which are classified according to the size and the tone it makes. 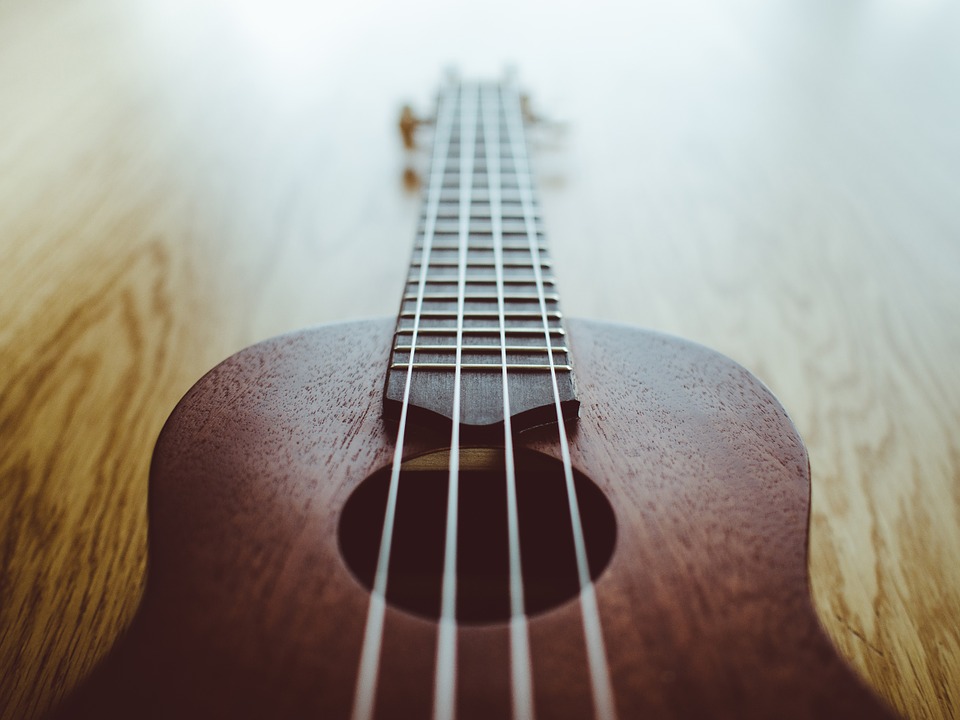 Among these are soprano ukuleles, which are standard-sized and played by beginners; concert or alto ukuleles, which produce a fuller sound and are more ideal for players with larger hands; tenor, which produce a fuller sound and have four and even six strings; and the largest of all, the baritone, which looks like a mini guitar and can be tuned as one.​

Likewise, chord patterns are different for both the guitar and the ukulele, as the latter only uses only one or two fingers, while a guitar would need all five fingers when playing the instrument.

As music evokes different feelings, the main difference between a guitar and a ukulele lies on the effect it has on the listener. There are also some stigmas attached to guitar players – they could either be hip, rich and famous, while ukulele players are often seen as more laid-back with the ability to make people smile by playing some chords. Moreover, ukuleles often create a more intimate atmosphere with the listener.​

The rise of Digital Pianos for Classical Pianists

Music for Studying: 12 Tips to Pick the Best Study Music

How Music Can Boost Student’s Education

8 Benefits of Listening to Music While Studying

Top 8 Best 88 Key Digital Pianos You Should Check Out

Top 10 Best Piano for Beginners You Can Consider